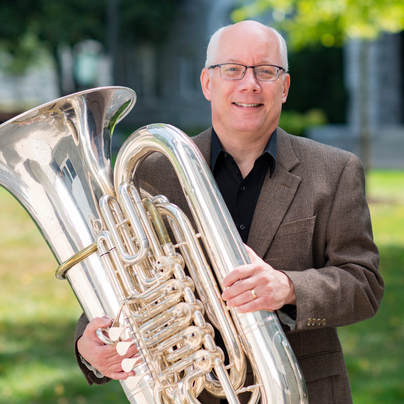 Kevin currently performs with the Madison Brass (quintet-in-residence at James Madison University) and the Shenandoah Valley Bach Festival Orchestra. In addition to performances on tuba, he is very active as the conductor of the internationally recognized James Madison University Brass Band, having led the ensemble in performances at the John F. Kennedy Center for the Performing Arts in Washington, D.C., Brucknerhaus Concert Hall in Linz, Austria, and the Royal Northern College of Music in Manchester, England, as well as music venues throughout England, Wales and Austria. Stees is also the conductor of the award winning Massanutten Brass Band. Additionally, has served on the Board of Directors of the North American Brass Band Association and is a  member of the International Tuba Euphonium Association.